On dirty feet and overwhelming love…A sermon for Maundy Thursday 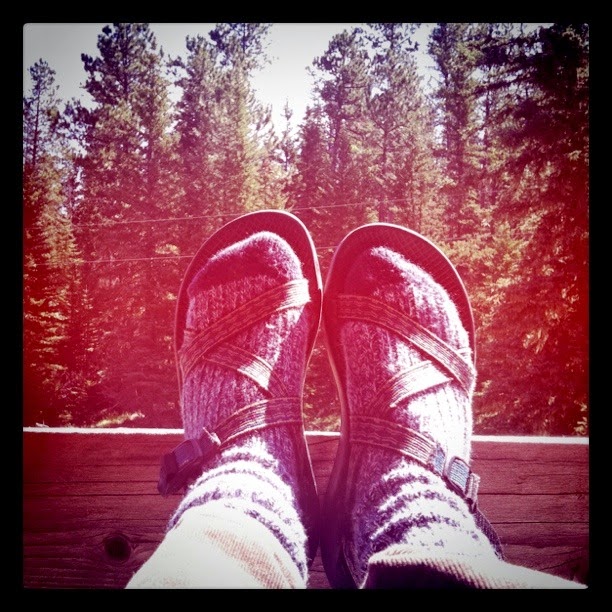 When I was a camp counselor up in Montana, one of the things that we introduced to our campers was the idea of moving prayer.  Some people struggle with prayer because of needing to sit still or kneel or keep your eyes closed.  Sometimes you fall asleep (this is my problem) or your mind wanders.  I think that somewhere along the line we were taught that it is wrong to be anything less than little pious statues while praying.

One of my favorite ways to pray is by walking.  It clears my brain and opens it to hearing God. But you can pray in different positions, like laying on your back in the grass or facedown in a pile of pillows or on your side on the beach.

You can get up and pray and move around at the same time.  Or you can be silent while moving.  But getting deeper into your body while moving and praying is a different way to encounter the divine.
Posted by Unknown at 8:35 PM No comments:

Prayer labyrinths are one of my very favorite things.  They are often works of art.  The picture to the left is of a prayer labyrinth at Montview Presbyterian church in Denver, CO, which is still one of my favorite labyrinths.  In the summer, I like to take off my shoes and walk the warm stones at dusk.  I have walked labyrinths all over the world and in many different places.  I have walked them in massive French cathedrals, in pastures in rural Minnesota, in church basements, on mountaintops in Colorado.  There are so many places in which to experience this prayer practice.

There is a fair amount of controversy surrounding prayer labyrinths, because they are an ancient pagan symbol that was adopted by the Catholic church.  Only in the last two decade or so have they seen a resurgence in emerging and neo-orthodox churches.

I have found Sally Welch's Walking the Labyrinth:A Spiritual and Practical Guide to be a useful tool in explaining the history, function, and discipline of the prayer labyrinth.

During Lent here at my internship congregation, we have been having weekly monologues at our Wednesday evening services. My colleague Don wrote most of them, but I wrote last evening's monologue about Judas Iscariot. The idea of these monologues is to explore some of the people with whom Jesus had contact in the last week of his life.

I first heard of Jesus of Nazareth one day around the well in town.  My neighbor Zebedee had heard him speaking in Galilee, quoting the old prophet Isaiah, saying “repent, for the kingdom of heaven has come near.”  Zebedee dismissed this Jesus as kind of a long-haired crackpot, stirring up people and developing a pack of followers.  Zebedee’s distrust of Jesus probably had something to do with the fact that two of his sons dropped their fishing nets right in the middle of work and left their father to follow Jesus.  But I wanted to see what Jesus was up to, so when I heard that he was preaching from the mountain, I went with the crowds to hear him.

There were so many people who were there that day.  I knew right away that Jesus was special.  He spoke words of love, yet followed them by words of judgment.  He went out of his way to separate us righteous people from the unrighteous ones. All we had to do was to live according to the law, and make sure that others lived according to the law as well.  I can do that.  And I can definitely help others to see where they fall short of the law.

After his teaching, I pushed to the front of the crowds to see Jesus.  I just had to tell him how much he inspired me to be a better person and to help others be better people too.  He was talking with an elderly woman who was bent over in pain.  Why he was wasting his time with that old woman, I have no idea.  He should be talking to bright young leaders in the faith.  People who could actually make a difference  in bringing about the kingdom of God.  I asked if I could follow Jesus, be one of his disciples.  He was still talking to that woman, but nodded slowly, his eyes meeting mine.  There was something there, a touch of sadness or exhaustion or something.   Jesus, I said, you won’t be disappointed in me!  I am with you all the way.  Just tell me what to do!

There were twelve of us. Jesus sent us out all over the countryside to do healings and to proclaim the good news that the kingdom of heaven has come near.  Jesus did some amazing stuff, like casting out demons and feeding five thousand people and healing the sick.  But the crowds never got to see what he was really capable of.  Like when we disciples saw him walk on water.

But what I never really understood was why Jesus spent so much time with sick people, and old people, and invited little children to come to him.  Jesus had real power, and I don’t understand why he wouldn’t use it to make his own life better, and our lives better.  We were always scrambling for a few coins to eat and always begging for hospitality from others. When we got into Jerusalem, I started hearing the rumors…”This Jesus is the king of the Jews”….”Jesus is the Son of Man”…and the talk from the soldiers and the chief priests that they wanted to bring Jesus to trial.  I knew that if Jesus just showed them what he was capable of, the power and might that he had, the truth would be revealed.  I had to do something.

I went to the High Priest’s house.  “What will you give me if I take you to Jesus?”  They gave me thirty pieces of silver.   I knew that we could use this money in our work as disciples, we wouldn’t be hungry again.  I just wanted to force Jesus to show the priests and elders that he was not a traitor to the faith, that he was truly the Son of God.  “Jesus and the other disciples are having a Passover meal right now.  I will take you to them.  The man that I kiss is Jesus.”

I took the priests and elders to the upper room.  Jesus eyes met mine, he said, “do quickly what you must do.”  I kissed him.  Then I turned and walked down the stairs.  I hid in the darkness.  I hope that Jesus would perform some sign, some miracle.  Some way to show them that he really is the Son of God.  Instead, the crowd started to beat Jesus and drag him away. They wanted him dead.  This is not how this was supposed to be.  I fled down the stairs and into the street.

I ran to temple and threw down the thirty pieces of silver onto the stone floor.  I shouted, “I have sinned by betraying innocent blood.”  But they said, “What is that to us?  See to it yourself.”

What have I done?!

Posted by Unknown at 8:54 AM No comments:

I led an adult forum on centering prayer this past Sunday, so I decided to make this topic the next part of my series on prayer practices.


The Christian church has long had a contemplative tradition.  This has included the monastic practice of Lectio Divina, and the writings of such mystics as Teresa of Avila, John of the Cross, and Thomas Merton, among others.  The method of Centering Prayer, which is what we will be practicing today, has its roots in the Post Vatican II era, when three Trappist monks, Fathers William Meninger, Basil Pennington, and Thomas Keating, sought to develop a simple method of silent prayer for contemporary people.[1]

Centering Prayer has its scriptural roots in the wisdom sayings of Jesus in the Sermon on the Mount, from Matthew 6:6, “But when you pray, go to your inner room, close the door and pray to your father in secret.  And your father, who sees in secret, will reward you.”
The theological grounding for centering prayer is in the Pentecost:  We affirm that the spirit of God dwells within us and bears witness to the resurrection by empowering us to experience and manifest the fruits of the Spirit and the Beatitudes. Centering Prayer is a time of fostering a connection with the Living God, and a discipline to foster that relationship.

How to engage Centering Prayer:
1.     We select a sacred word or phrase.  This is the symbol of our intention to consent to God’s presence and action within us.
a.     Some examples are: Lord, Jesus, Father, Love, Peace, Stillness, Trust
b.     Some phrases that I use are: Come Holy Spirit/Veni Sancti Spiritus, or my favorite, “Lord Jesus Christ…Have mercy on me”
c.     After choosing a word, do not change it for this particular time of prayer.  You can change it the next time you choose to pray
d.     It is also possible to do centering prayer without a sacred word, but in my opinion, it is better to have the word or phrase to return to if your mind wanders than attempting to keep your mind empty.
2.     We sit comfortably
a.     Have your back straight and against the chair
b.     Keep your feet comfortably on the floor or whatever position is most comfortable for you
c.     Rest your hands in your lap
d.     The key is to be comfortable enough that you are not distracted by any sort of discomfort, but not so comfortable that you fall asleep.
e.     If you do fall asleep, which does happen, just begin praying your sacred word again.
3.     We pray
a.     Gently introduce the sacred word by coordinating it with your breath.  Perhaps you pray the word on the inhale or the exhale.
b.     Thoughts are a normal part of centering prayer.  When they arise, simply thank yourself for noticing, and let them float away. Return to your sacred word.

[1] http://www.contemplativeoutreach.org/history-centering-prayer
Posted by Unknown at 2:37 PM No comments: