Things that bring me joy

About 10 years ago, my cousin Vanessa used to send out a list of "happy things" every few days by email.  These "happy things" served to call attention to the small things around us that bring us joy and remind us to stop and enjoy the small things.  So here is a list of things that make me happy:
1. A piping hot cafe au lait
2. Warm sheets just out of the dryer
3. www.awkwardfamilyphotos.com
4. A raucous board game tournament
5. chocolate
6. Laughing until you cry
7. www.regretsy.com
8. A long afternoon nap
9. Fresh blackberries and whipped cream
10. This video of Mom's dog, Annabelle
11. The Daily Show with Jon Stewart
12. The adrenaline rush at the end of a long road race
13. www.passiveaggressivenotes.com
14. Kneading bread dough
15. Gluten free beer
16. The sparkling diamonds of fresh snow on a chilly morning
17.  Flathead Lake 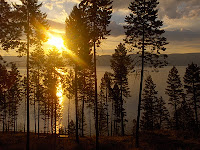 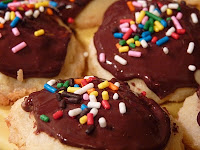 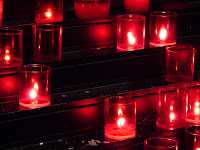 One thing I find particularly obnoxious...

For those of you who know me well, you know that nothing gets under my skin faster than hate and ignorance perpetuated in the name of Christianity.

Recently I picked up a book at the library called Taking Back Your Faith from the American Dream by David Platt.  I was actually kind of excited to read this book, thinking it would focus on how to live simply, be committed to helping others and act boldly in the face of the "American Dream", that is, materialism and an individualist attitude.

Instead, the book focuses on evangelism.  Evangelism in and of itself is not a bad thing, but when it is conducted in a patronizing way (go convert the Godless heathens in other lands because we know best), it does far more harm than good.

I draw your attention to a particular passage in this book (pg 76): "According to the most liberal estimates, approximately one-third of the world is Christian.  These estimates include all who identify themselves as Christian, whether religiously, socially, or politically.  Likely, not all of them are actually followers of Christ.  But if we assume they are, that still leaves 4.5 billion people who, if the gospel is true, at this moment are separated from God in their sin and (assuming nothing changes) will spend an eternity in hell."

Not sure if that is the best evangelistic sales pitch.  I was so irritated by this particular passage that I flung the book across the room, but eventually I did pick it up and finish reading it.  Mostly because I could not believe that it actually made it into print.  Some days I think just about anyone can write a book.

I would like to draw to your attention to several problems with this particular passage:
1. The writer assumes that there is one "right" way to practice Christianity
2. The writer assumes that someone (as in a fellow sinful human being) gets to pass judgment on what makes a "real" follower of Christ and the inherent superiority implied therein.
3. Christianity as the writer defines it is the only means of salvation
4. The arrogance in assuming that we have the power to save ourselves.  What about Grace?

I very clearly remember a conversation I had with someone in College about Decision Theology. She asked me if I had found Jesus.  My immediate response was, "I did not know I was supposed to be looking for him."  Not only is Decision theology arrogant when faced with the power of Grace, it also leads to inherent superiority between those who have "chosen" Jesus, and those who have not.  Additionally, this sort of evangelism invalidates the experience of those being evangelized.

Now, my strong feelings about Grace, Decision Theology and marginalization in the name of Christianity are undoubtedly influenced by my involvement with the ELCA and the Emergent Church.  Because I like to shake things up, I want to challenge us all to think about how prevailing assumptions surrounding faith and evangelism can cause more harm than good.
Posted by Unknown at 5:18 PM No comments: