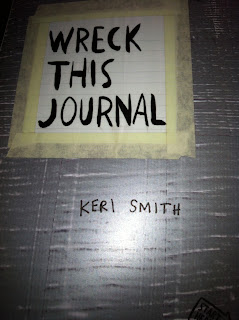 A few weeks ago I started participating in a group art project using the book, Wreck this Journal, which is a collection of prompts that inspire you to do various creative and destructive things.  It's been a blast to get out all my colored pencils and do things to a book that I never imagined that I would. 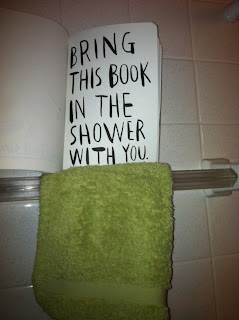 Follow this link to see a few things that I have done to the book. 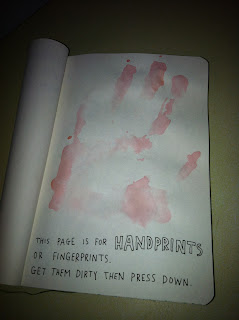 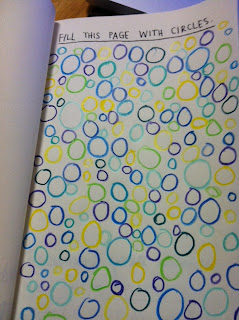 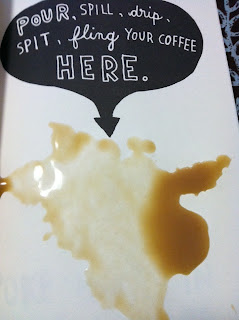 Well, Monday morning I left Denver and drove all day to Seward, Nebraska, which is just outside Lincoln.  Then I got up Tuesday and drove the rest of the way to the Twin Cities, arriving at about 2:30pm.  By about 6:00pm my left hand was starting to hurt something awful.  I just chalked it up to moving, that I probably smashed it while unloading something.  By 9:00pm, I couldn't use my left hand and I was starting to get a little scared.  My middle finger was rapidly swelling, and the swelling and heat were going all the way up to my wrist.  I called a friend of mine in Denver who is a doctor to get her advice.  She suggested that I go to urgent care in the morning, but then changed her mind and suggested I go to the ER instead.  Well, I have such a huge deductible that an ER visit is out of the question, so I was going to have a very painful night.  I could hardly sleep.

So the first time I ventured out of my new apartment?  To go to urgent care.  The diagnosis?  A staph infection in my hand.  Not awesome.  And also terrifying.  I have two different kinds of heavy duty antibiotics now and strict instructions about what to do with cuts on my hands in the future.  I never thought it could get so out of control, but apparently it is relatively common.  And I am still in some pretty excruciating pain. Although today (after my first three doses of antibiotics) I am feeling a lot better.

So quite the welcome to my new home.  And a good lesson about washing cuts and taking care of them when they happen.  Yikes!
Posted by Unknown at 6:49 AM No comments:

Sermon on the Epiphany


I preached tonight at my home congregation.  You can listen to the audio here.