Words to live by:


“Most of us were taught that God would love us if and when we change. In fact, God loves you so that you can change. What empowers change, what makes you desirous of change is the experience of love. It is that inherent experience of love that becomes the engine of change.”
― Richard Rohr
Posted by Unknown at 11:22 PM No comments:

Last weekend I had the privilege of being able to attend my good friend Matt's ordination in Jackson, MN.  I'd not been to an ordination before, and the experience was pretty powerful.

Ordination is the process by which a minister of word and sacrament (Pastor) is blessed and sent into world to serve God, others and the church.  I was privileged to be a part of the cloud of witnesses that affirmed Matt in his vocation, witnessed his affirmation of the tenets of ordained ministry, and celebrated our connectedness as members of the body of Christ through the eucharist.

This experience is particularly meaningful because I too am preparing for a vocation of ministry.  In about three years, God willing, I will be ordained.  This is a long road and not easy.  Some days I feel like I am going to drown in the sheer academic workload.  In the midst of that I will need to adhere to the standards set up by my ordaining body, the Rocky Mountain Synod, and prove theological competency.  I also have a yearlong internship in my future and two semesters at Luther Seminary.  But being able to celebrate and witness Matt's ordination gives me further passion to pursue my own.

Matt was ordained into a call at a parish in suburban Madison, WI.  This is not the sort of call to which I feel drawn, so my discernment process right now is essentially a process of elimination.  More on that at another time.

Posted by Unknown at 4:56 PM No comments:

A Franciscan Blessing:
May God bless you with discomfort at easy answers, half truths, and superficial relationships, so that you may live deep within your heart. Amen.

May God bless you with anger at injustice, oppression, and exploitation of people, so that you may work for justice, freedom and peace. Amen.

May God bless you with tears to shed for those who suffer from pain, rejection, starvation and war, so that you may reach out your hand to comfort them and to turn their pain into joy. Amen.

May God bless you with enough foolishness to believe that you can make a difference in this world, so that you can do what others claim cannot be done. Amen
Posted by Unknown at 1:41 PM No comments:

The most offensive song I have ever heard

I spent the last few days in Minnesota, and on Saturday morning, when I was driving across the rural southern part of the state I heard the most offensive song ever on the radio.   It is titled "Courtesy of the  Red, White and Blue (Angry American) by Toby Keith.  I think Mr. Keith needs to be ashamed of himself.  Below are the lyrics to the refrain, and the worst verse of the song.  Apparently this song was written in 2002, in the year following September 11th.  I never actually heard this song prior to Saturday, probably because I think country music is the soundtrack to hell and avoid it at all costs.


Justice will be served
And the battle will rage
This big dog will fight
When you rattle his cage
You’ll be sorry that you messed with
The U.S. of A.
'Cause we'll put a BOOT in your ass
It's the American way

Patriotism is a dirty word for me.  Mostly because it has been hijacked by people like Toby Keith and other Americans who want to maintain the supposed cultural superiority of America.  America has done a pretty foul job of taking care of its own people, the rich get richer and the poor get poorer, our elected leaders have descended into adolescent arguments over ideological differences and the world hates us.

I wonder what damage this song, and others like it, and furthermore, the sort of patriotic ideologies that accompany the social group to whom this song appeals, are doing to people.  The line "We'll put a boot in your ass, it's the American way" makes my blood boil.  Whose America are they talking about?  Not mine.  But I worry that impressionable people are listening to it, and want to somehow feel good about themselves, by trying to be superior to someone else, anyone else.

This week there has been a deeply disturbing video that surfaced on youtube of US marines urinating on the bodies of Afghan men.  (UK Daily Mail article) This is just the latest in a series of really horrifying things perpetuated by the military over the course of the wars in Iraq and Afghanistan.  What makes me really sad and angry is that conservative commentators are agreeing with the actions of these marines as "patriotic."  In this case, Americans are not patriotic or superior, they are just being assholes.  And these marines, their commanding officers, and anyone who agrees with their actions should be ashamed of themselves.

A current internet meme is the idea of "Shit so-and-so says."  Today I discovered this little gem, "Shit Seminarians Say", or if we are using lofty language, "Assertions Seminarians Posit" which actually had me laughing so hard I cried.  Because I said at least a third of these things just TODAY!  I do take exception at the praise and worship music, mostly because as a seminarian, I look down my theological nose at such things.  This was a good wake up call about how obnoxious we can occasionally be.  Thank for bearing with me over the next four years, dear family and friends.  Your grace is appreciated.

Posted by Unknown at 9:58 PM No comments:

My Mom likes to know what I am doing in school, and so, Mom, this post is for you.  And yes, exegeting is a real word, generally only used among theology geeks.

Psalm 44 was written as a communal lament during an unknown national disaster as a rhetorical appeal to God for deliverance in a time of suffering.
The criticism method best suited for this pericope is literary criticism because both the context and structure are important in exegesis of this passage, contributing to the overall persuasive rhetoric.     This psalm is a communal lament, but like many psalms, it is not easily dated to a specific event.   This pericope begins with the writer giving praise to God for God’s good deeds (verses 1-8) that benefitted the peoples’ ancestors, with what could potentially be an allusion to the Exodus in verse two.
Beginning with verse nine, the tone markedly shifts, with references to defeat of armies, and scattering the people among the nations.  An understanding of the history of Israel could support the argument that this psalm was written in response to either the Babylonian exile or the Persian period.  In this portion of the pericope the writer starts to make use of such literary devices as simile and hyperbole to make a powerful pathos appeal.  In verse 11 is a powerful simile, “you have made us like sheep for slaughter, and have scattered us among the nations. ”  The reference pertaining to sheep makes the logos argument that God’s people have dutifully followed the law, and yet are still forsaken in their time of suffering.  The writer goes on to use hyperbole in verses 12-16, with this deliberate exaggeration serving to make a pathos appeal to God for comfort.
The writer returns to the logos appeal to God in verses 17-22, including the comparison of the people to innocent sheep headed for slaughter, arguing that since the people have been faithful to the covenant, God should alleviate their suffering.
The writer makes a direct appeal to God for help in verses 23-26, asking God to awake and make Godself known to the people in their suffering.  The latter part of verse 26, “…Redeem us for the sake of your steadfast love,” reframes the faith iterated by the writer at the beginning of the pericope, a rhetorical technique known as inclusio.
Posted by Unknown at 8:49 PM No comments: 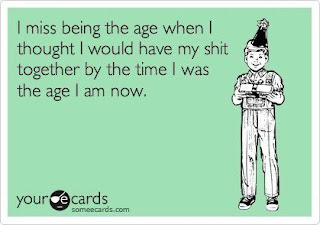 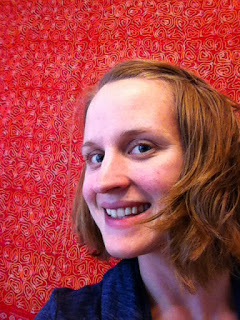