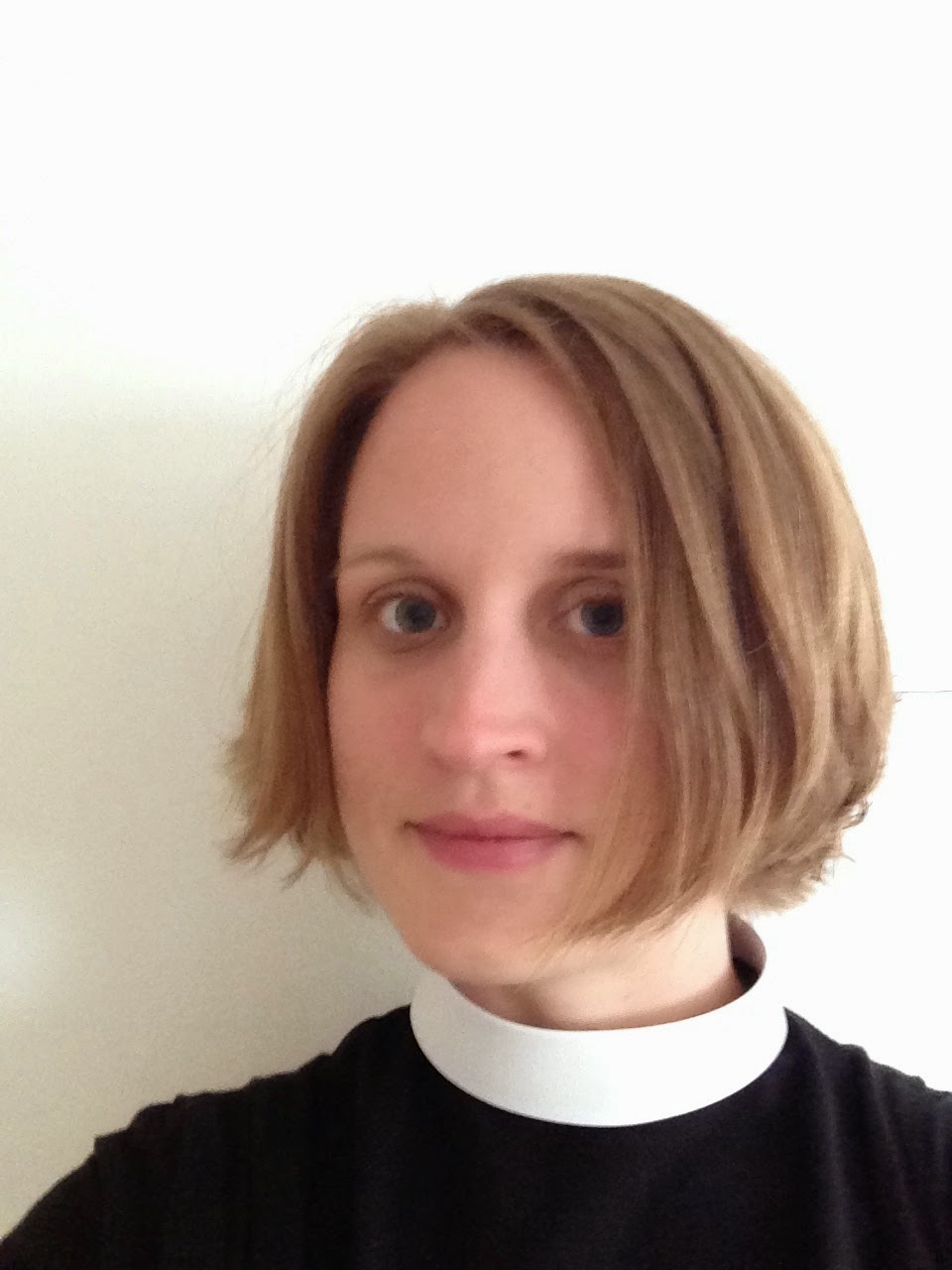 There is something powerful happening with social media right now.

In response to the atrocity of the North Miami Beach police department, using the mugshots of young black men as target practice for their snipers, some ELCA clergy organized and started a movement.  Including photos of ourselves in clerical collars with the hashtag, #usemeinstead, on social media.  And we are mailing our pictures to the North Miami Beach PD.  And it has expanded to include clergy of other faiths and other people who are interested in the cause.

It is unconscionable to look into the face of another human being and shoot them between the eyes for sport.  And yet, it is happening to our African American brothers in Florida. It happens every day in our country when the crime is "being black" and someone in a position of privilege is wielding a weapon or the force of the law over someone else.

I will never know what it is like to be a person of color. As a white, middle class woman with privilege as a result of my social location, I damn well better be listening to my brothers and sisters of color.  And praying alongside and marching alongside for cultural change.  Racism is alive and well in our world. As a member of the clergy, I believe it is my sacred task to "do justice, love mercy, and walk humbly with our God" and this means being willing to be on the front lines for justice and peace in this world. It means living into an incarnational understanding of what it is to be in relationship with God and God's people.

This movement is about clergy and others symbolically putting their bodies between bullets and black bodies. Because of my privilege, both in having white skin and in being a clergy person, I know that I am not likely to be shot.  It is because of my white privilege that I can afford to take this bold stance.

But in a country that dehumanizes and criminalizes based on the color of one's skin, it is far too easy to shoot if the person on the other side of the gun doesn't look like you. It is harder to look out and see yourself in that person.  So maybe if these cops are using white pastors, priests, rabbis, monks and nuns for target practice, they will realize that they are practicing shooting humans. That somehow, those people in positions of power who dehumanize and criminalize black bodies will make the connection that there is a person with a beating heart and a soul and a spirit. And then not fucking shoot them between the eyes.

Kyrie Eleison. Lord have mercy on us all.

What does a chaplain do anyway?

What does a chaplain do anyway?

I get this question a lot in the hospital as well as outside the hospital.  The answer is that I do tons of different things.

Here is a snapshot of what I have done in the last week:

Discussing a patient's wishes for their medical care should they be unable to speak for themselves. Helping them to complete paperwork to appoint a healthcare agent (MDPOA).

Brought a teddy bear to a toddler in the ER who fell off her bed and knocked out several teeth.

Did detective work to figure out the identity of a John Doe patient in the ER. Called county sheriff and asked them to send an officer to the listed address. Found a family member and met them at the doors of the ER.  Connected them with healthcare staff.

Read psalms and sang hymns to an agitated elderly patient at the request of a nurse, to assist nursing staff in calming the patient enough for treatment.

Had a discussion with the husband of a patient who was dying.  The patient's husband wished she could be at home. Talked about how to make the hospital more home-like. Advocated for patient and family with nursing staff to make these wishes happen (patient's own pajamas and blanket, and being held by her husband).

Sat with a family for hours while doctors attempted to stabilize their loved one who had suffered cardiac arrest. Prayed with them, held their hands, and brought them water.

Prayed with a family whose matriarch had just died.

Visited a teenager who had an accident that left him paralyzed.

Blessed the Cath labs at the request of the staff after they had experienced several tough deaths there.

Served as a designated requester for Donor Alliance, to ask for consent for tissue and cornea donation, from the family of a recently deceased patient.